I’ve just added more of my thoughts about scientific methodology and the great climate change debate, over at my Basic Questions blog.


Time is fast running out, but hopefully it’s not too late for more people to read and ponder the significance of my warning about a dire threat.

As an industrial chemist and chemistry/science  teacher in the past (even though it was a long while ago), I’m very aware about this matter. See:

You’d think that after enough complaints software developers and vendors would fix problems reported to them, would you not?

After all, that’s the professional thing to do isn’t it?

Well, not always it seems. Refer to this older posting of mine An error was encountered while opening a window! and look at Kimbeau’s comment (dated 23 March 2010).

Sadly, it’s true: The evil that men do lives after them. Some things endure, like chewing gum stuck to the sole of your shoe!

It may not be widely realized, but this chemical substance is in heavy use and can be measured in very significant concentrations in our rivers and lakes.

It is also present in all sorts of commercial products including pesticides, is found inside most nuclear reactors, and is used in many other situations which would give any right-minded environmentalist reason to worry.

Please, please, please watch this video and become aware of the global threat to our rivers, oceans and atmosphere.

Show your understanding and support by commenting below. Even Albert Einstein (pictured below?) might sign a petition to ban it. Would you?

Do you see what I mean? Don’t be fooled, stand back and consider it carefully.

As a one-time chemistry teacher -- and putting aside any false modesty due to the serious nature of the environmental threat -– trust me, I’m an expert having considerable knowledge about this pervasive substance.

noteswidgets.com is NOT full-text indexed


I went to Notes Widgets to hunt down a Lotus Notes sidebar gadget for Australian petrol price tracking.

I decided to search for “petrol” but unfortunately got back the unforgiveable error “The database is not full-text indexed.”

Therefore, would the owner/administrator of Notes Widgets mind taking a few seconds and indexing this database?

Additionally, there really should be a “Contact Us” capability for this site, which I would otherwise have used to raise this problem report.

In the middle of … well, everything!


Here’s an Aussie philosophical look at infinity, us, and everything in between: Middle School 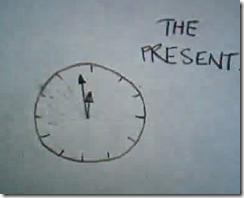 It’s one of many videos uploaded to Hungry Beast,  a weekly, topical news program airing on ABC television (Australia) which “covers everything from the silly, to the serious, to somewhere in between; always from a different perspective.”

While you’re there, take a look at this heart-wrenching mouse tale – There’s always hope (perhaps).

A stray thought just bubbled up to the surface: at times I wasn’t sure whether I was at the right event when I attended IBM’s Collective Intelligence 2010 event.

AFAIK everywhere else around the globe it was called Lotusphere Comes to You (LCTY), was it not?

<sarcasm>
Why change a name that’s so well-recognized all over the rest of the world? Collective intelligence, eh? Sounds a bit awry to me, like “committee consensus” and similar terms!
</sarcasm>

What there was, was goo, but it’s a pity that it was so very brief. I particularly missed any usefully-detailed sessions on application design and development, what with the goodies that have been released such as XPage support for the Lotus Notes client, Java UI front-end support, enhanced integration between Notes and Lotus Symphony 1.3, and other such features that will rejuvenate application development.

There was an afternoon of WebSphere Portal “deep dive” but it was announced right on the death-knock, too late for me (and probably others) to be able attend.

I wish that more/many of the actual Lotusphere sessions were available as webcasts, if local countries are going to insist on only having such brief LCTY events. … Dream on, dream on!


The password still hasn’t been furnished for the Composite Application Component Library samples/demos, submitted to the Lotus Sandbox by Lotus/IBM in November 2007.

Two people asked for the password to be supplied (way back in December 2007 and January 2008)  but no response ever seems to have been made.

I just downloaded and checked, expecting it to have been fixed (as there are no more recent requests since then), but the zip file still prompts for a password.

<cynicism>
Every item in the sandbox is denoted with “All Sandbox downloads are licensed as-is, unsupported, and non-warranted” so It looks as if this extends to never checking that your submission can actually be opened and never watching to see if there are questions to be answered.
</cynicism>

Come on fellas, get your act together.

It seems that a weakness of the IBM Lotus Symphony plug-ins site is that not all of the plug-ins are hosted by IBM, and you can suffer trying to get a plug-in from a third-party site that’s offline.

It happened to a client of mine today, who was trying to access the “Notes on Symphony Plug-ins for IBM Lotus Notes 8.5.1” link which did not respond. The client asked me to confirm that I also couldn’t access the site (which was the case), just in case the problem lay with his web connection and not the site itself.

To avoid such unavailability situations in future I would recommend that IBM require that all such Symphony plug-ins be uploaded and served out from an IBM host (as happens at OpenNTF.org and many, many other similar download hosting sites).

Anyway, here’s a “heads up” for Fabrizio Marchesano that your Frameweb site has been off the air during the last six or eight hours or more. (This was business hours down here in in Australia, but the early hours of Monday morning in Italy, so I’ll let you off lightly.) My client hopes that you get your site up again soon, so that he can install your interesting-looking Lotus Symphony plug-ins.

By the way, Fabrizio, I looked at some of your online slides and your webcasts, and found them in parts very amusing as well as informative (I understand enough Italian to to have gotten the gist of your webcasts). And I loved the music, having been a lover of classical music since my teenage days -- and Italy certainly has long been one of its most vital founts.

My science/engineering background is bubbling to the surface again. I’ve just examined Burt Rutan’s presentations and highly recommend them to you for your own analysis.

Go read my latest post A little bit of Carbon Dioxide over at my Basic Questions blog.