Abandoning a domain name can lead to major security exposures

This is dynamite bad news, potentially …

Abandoning a domain name can come back to bite you, research shows

Cybercriminals can use an abandoned domain name to obtain all manner of private information belonging to the company that formerly owned the domain, as well as to its clients and employees, a researcher warns. 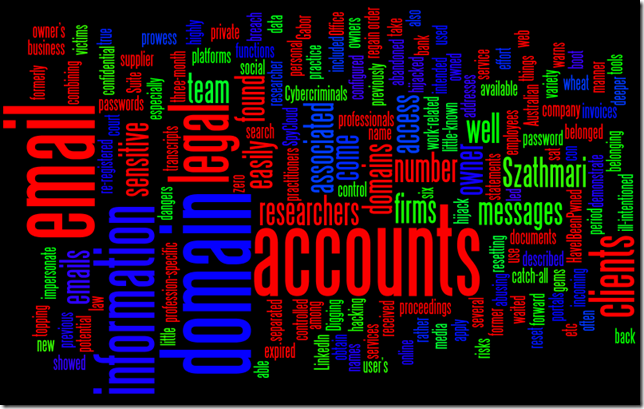 If you're a Windows users, and if you like tweaking Windows to suit your preferences (such as appearance or function) or to resolve issues, then Winaero Tweaker may be right up your alley.

For some background on the developers, see About Winaero. I would say that they really know a LOT about Windows in order to be able to develop such in-depth tweaking functions.

This very handy utility has many useful functions, and you may well find some that are good for you. I've been using it to of the title bars of all the windows I have open across multiple screens, so that the currently active window stands out with a blue title bar (instead of guessing which is the active window, or hunting around for it). 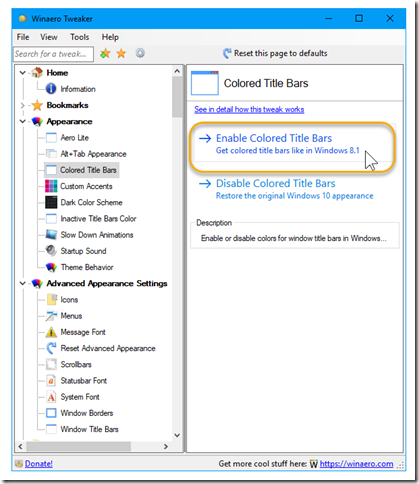 This version of Windows 10 is imminent, indeed it recently started rolling out and caused some users to lose files,  lots of them in some cases (see Microsoft halts Windows 10 update after users lose files)  but this latest automatic update of Windows 10 is sure to be heading our way soon.

Also, be sure to read and get some tips from Useful features for Winaero Tweaker for Windows 10 version 1809 "October 2018 Update"