Staying happy as you age

See How Happiness Changes With Age - Becoming okay with being boring


And here's a smart way of getting happy as you age (recently sent to me): 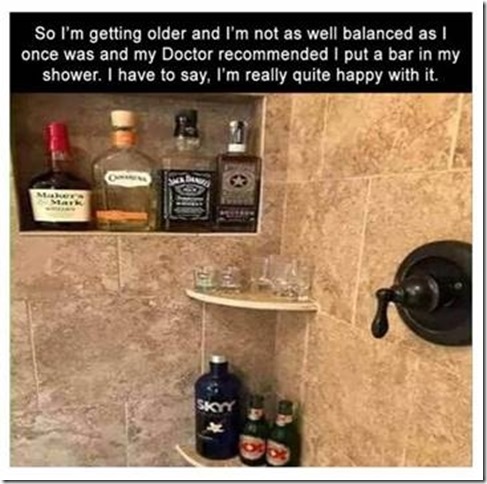 Perhaps when you get old enough you can retire and no longer have to work pointlessly, see:
On the Phenomenon of Bullshit Jobs   (with this comment at Bloomberg)

The sort of people who read various Australian newspapers

I just received this in via e-mail, and think it’s worth sharing.

It set me wondering what could be said, in a similar vein, about readers of newspapers published in other countries. Feel free to add your comments!

1. The Australian Financial Review is read by the people who run the country.

2. The Canberra Times is read by people who think they run the country.

3. The Australian is read by people who think they should run the country, and who are very good at crossword puzzles.

4 The Sydney Morning Herald is read by people who think they ought to run the country but don't really understand The Australian.

5. The Courier Mail is read by people who wouldn't mind running the country, if they didn't have to leave Queensland to do it

6. The Age is read by people whose parents used to run the country.

7. The Melbourne Herald Sun is read by people who aren't too sure who's running the country and don't really care as long as they can get a seat on the train and read Hagar and Snake

8. The Sydney Daily Telegraph is read by people who don't care who is running the country as long as they do something really scandalous, preferably while intoxicated.

9. The West Australian is read by people who are in prison, who used to run the state, and would like to do so again, as would their constituents who are currently free on bail.

10. The Hobart Mercury is (slowly) read by people who are running another country, but need the Aussie Rules scores.

11. Crikey is read by people who aren't sure if there is a country or that anyone is running it; but if so, they oppose all that they stand for. There are occasional exceptions if the leaders are gay, handicapped, minority, feminist, atheists, and those who also happen to be illegal aliens from any other country or galaxy, provided of course, that they are not conservatives.

12. The Adelaide Advertiser is read by people trapped in a line at the supermarket waiting for the electricity to come back on.

13. The Northern Territory Times is read by people who have recently caught a fish and need something to wrap it in.