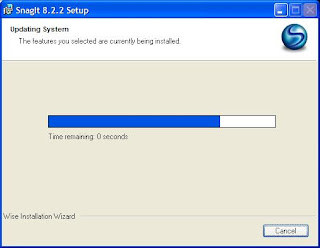 I've bemoaned the sorry state of "modern" software before (as have many others at various "this product sucks" sites).

I strive to make my own code display error messages that are as meaningful and helpful as possible, but it seems that not everybody does --and this is the year 2007! What hope is there for mankind?

Aunt Calamity has her own ideas over at the "ghost in the machine" web site: http://www.auntcalamity.com/ghost.htm Here are illustrations of a mere a few that I've encountered just in the last few days. They come from a variety of software products (the vendors all do it).

Device drivers, and the code that calls them, are consistently bad offenders. Here's one that I came across at THE DAILY WTF recently. "Very Strange: Attempt to disowned by driver after WIN32 Checks out. Disown attempt ignored."

IE7 vs. Firefox browser share at asiapac.com.au (end of March 2007) 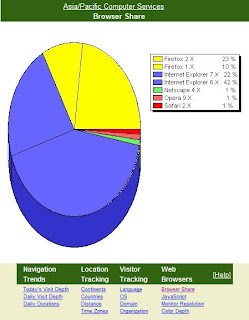 (Click to view a larger image)
Part of a continuing series -- refer to this previous post, for example -- here's the latest browser share chart on 30 March 2007.
There's something of a resurgence for Firefox (over 30 percent share for once), while IE7's growth seems to have slowed over the last month.

I'm rather surprised that Internet Explorer 6 still holds around a 40 percent share. I would have expected more users to have accepted the Windows XP automatic update path and have had their systems upgraded to IE7 by now. Any comments?
Posted by NotesTracker - Tony Austin at 3/30/2007 03:41:00 PM 1 comment:

"My favorite kind of client is the type that will actually get his application into production. Beyond the rate that he pays me, a running-in-production application is what I want. ..."

Read more here: 7 Signs Your Project Will Never Make it to Production

All that nonsense about XML

Here's a splendidly cathartic article about XML that everybody would benefit from reading (and broadcasting):

XML and the document format mind bender ... "You need to look a level or two deeper if the real value proposition of XML (and it is real) is to be realized in your organization. "

It's great weather down here in Melbourne, Australia (circled in red in the attached images) just at the moment. Warm, lazy autumn days are rolling on ... Today is our autumn equinox, so we'll be getting less sunshine from now on. But I'm sure you're feeling happy about it up there in the northern hemisphere. 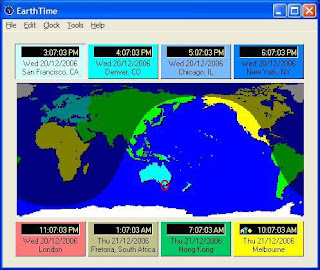 Summer Solstice (Southern Hemisphere)
Up north, the polar bears are snoozing.
CLICK ON THE IMAGES TO SEE AN ENLARGEMENT.
About ten years ago, I purchased at a sale for the princely sum of three Aussie dollars, a copy of a great little desktop software product called EarthTime. It was originally developed by Borland and then passed on to Starfish Software. Unfortunately they incorporated it into the SideKick suite and it no longer was a standalone, but the whole caboodle seems to disappeared from the face of the earth now. Read about it here at Wikipedia if you like a bit of nostalgia. 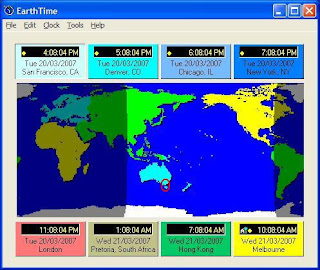 Today: Autumn Equinox (Southern Hemisphere)
Thankfully I've held on to my now priceless copy, and it has proved to be extremely handy as I call customers and friends all over the world. Fantastic value for a mere three Aussie dollars, eh?

Getting back to the point, I felt like sharing three EarthTime representations for this month's equinox and last year's two solstices. 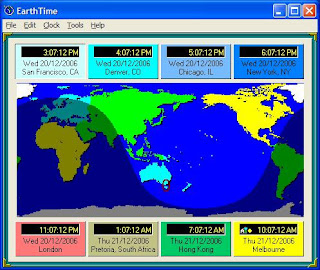 Winter Solstice (Southern Hemisphere)
A dark time to in Antarctica,
but good for Icelanders and the Inuit.
Posted by NotesTracker - Tony Austin at 3/21/2007 06:06:00 PM No comments: